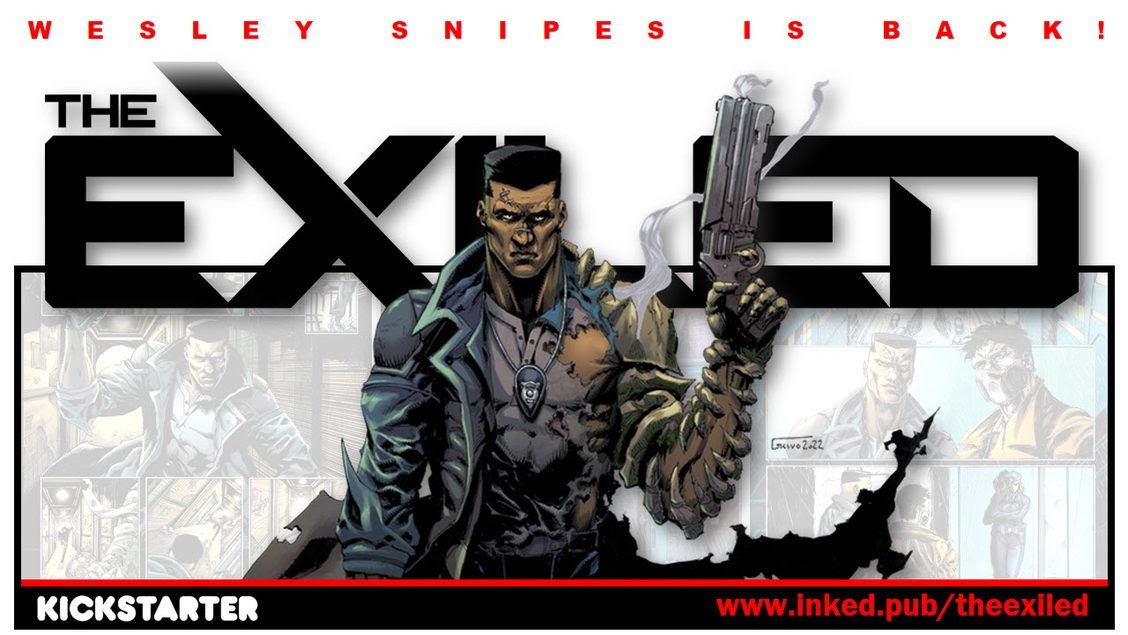 The comic will follow Detective Niles “Roach” Washington as he pursues a serial killer in the aftermath of a deadly gas attack. As the killer rips the spines from his victims, using tools over 5,000 years old, the world outcasts Roach for his theories. But his instincts keep pushing him forward. With enemies on all sides, and within, he wades into the darkness to find the killer and uncovers Earth’s darkest secret.

Gifted Rebels’ Adam Lawson is adapting the comic book script from a story he created with Snipes and PCB Entertainment’s President Keith Arem, with Gabriel “Eskivo” Santos (Knightwraith) doing the art and Valentina Bianconi (Seven Swords, Two Moons) handling the colors. Among The Exiled‘s unique features are hidden codes, which will be interspersed throughout the graphic novel, offering access to digital collectibles and exclusive events.

The new project will be crowdfunded via a Kickstarter campaign, launching tomorrow on June 21st. Backers will be rewarded with a Collector’s Edition 140-page graphic novel, along with a manga-sized “Go Version,” and an additional story set in The Exiled’s world, with day-one backers also receiving a campaign-only 155mm figurine of Detective Washington in action. After funding of the project is complete, the book will continue into publication via Lawson’s LA-based graphic novel and board game company, Gifted Rebels.

The Exiled comes on the heels of Arem’s collaboration with Snipes on a video game adaptation of the sci-fi action film Demolition Man, in which he starred opposite Sylvester Stallone, Wesley Snipes, Sandra Bullock, and Nigel Hawthorne—as well as his partnership with Lawson on the graphic novel, Dead Speed.

“Comics let you explore big worlds. Since Blade, I have been attracted to origin stories and developing characters,” said Snipes. “Now, I get to build “Roach” as a character from the ground up and I dig that.”

“I’m thrilled to work with Wesley again. He is a fantastic creative partner, and Adam and I love collaborating with him,” said Arem. “The Exiled is a dark reflection of what is happening in the world and a chance for us to explore new conspiracies and stories.”

“This campaign will be for the backers who want to come on the journey with us,” added Lawson. “They will get their books first and in a format, no one else ever will.” 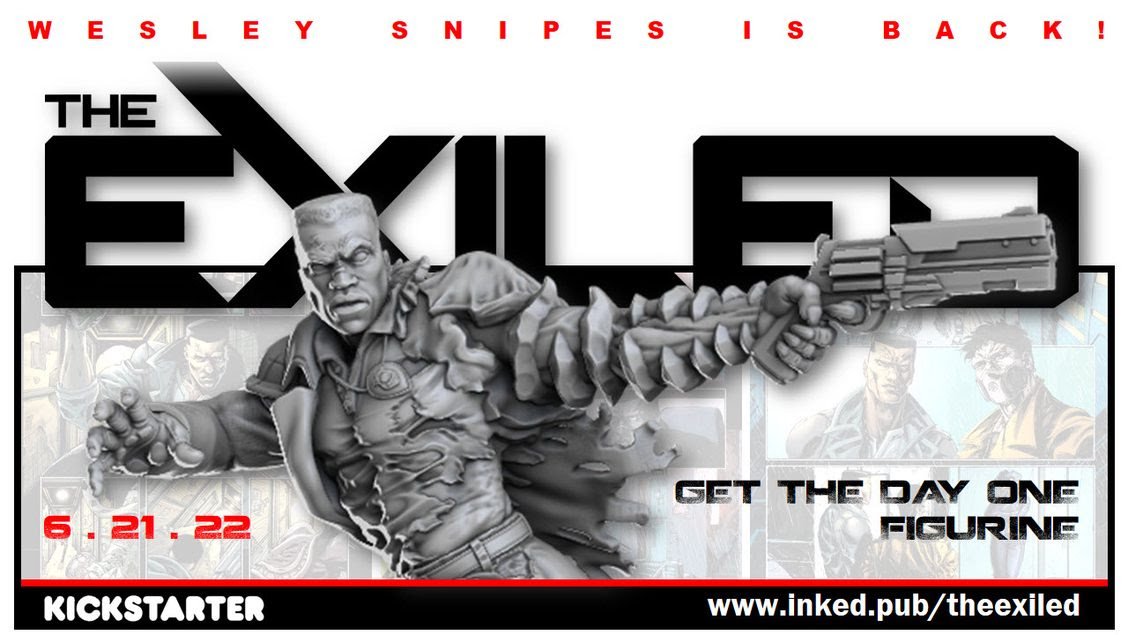 Snipes is an NAACP Image Award winner and cinematic icon known for starring in all three of New Line’s Blade films, based on the Marvel comics by writer Marv Wolfman and illustrator Gene Colan, and appearing on the covers of multiple editions. He also previously made a run at comic books alongside Antoine Fuqua in 2010, with the limited series After Dark for Radical Comics, and co-authored the urban fantasy novel, Talon of God. The actor will next appear in Chris Spencer’s comedy Back on the Strip. He’s also recently featured in such films as Coming 2 America, Cut Throat City and Dolemite Is My Name, as well as series including Paper Empire, True Story, and What We Do in the Shadows.

Arem is a film director, comic book creator, and video game voice director who has brought his talents to the Call of Duty franchise, Spiderman, Sleeping Dogs, Yakuza, Final Fantasy, and hundreds of other games. He created the Ascend and Infex graphic novels, and also wrote and directed the feature, The Phoenix Incident. His cross-platform company PCB creates content for Interactive, VR, film, television, and emerging media.

Lawson is a comic book creator, game maker, and TV showrunner who wrote and created the graphic novels The Kill Journal, The Eighth, and Kids & Monsters, as well as the tabletop RPG game Asunder. He served as the writer, director, and showrunner for all four seasons of YouTube Originals’ fantasy-horror series, Escape the Night and is currently developing two series at The CW, with his next graphic novel, Jawbone Death, set to launch later this year. Lawson launched Gifted Rebels with Ari Weiner during the pandemic.

Gifted Rebels’ Adam Lawson and Inked Studios’ Kevin Guillotte instantly hit it off as they discussed the feel of The Exiled Kickstarter and other supporting assets such as ads and animation. Inked Studios LLC is proud that The Exiled is part of the Inked Family! Inked has been the marketing arms for several successful crowdfunding campaigns for New Creators, Industry Titans, and Publishers with several “Project We Love” from Kickstarter and over a dozen titles on Kicktraq’s Top 25 HOT LIST! Many debuting at #1!

“What an incredible campaign and pleasure to be able to work with the talents of Lawson, Arem, and Snipes as one of The Exiled’s marketing support arms for our milestone 75th Crowdfunding Campaign!” added Guillotte.

Snipes is represented by CAA; Arem by UTA; and Lawson by Plain Text. 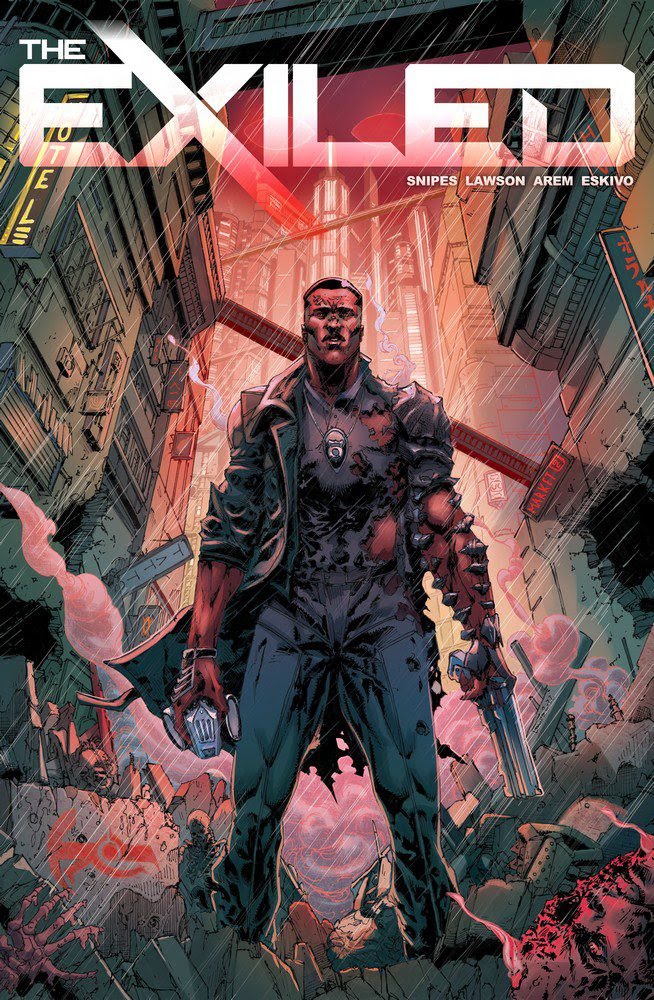 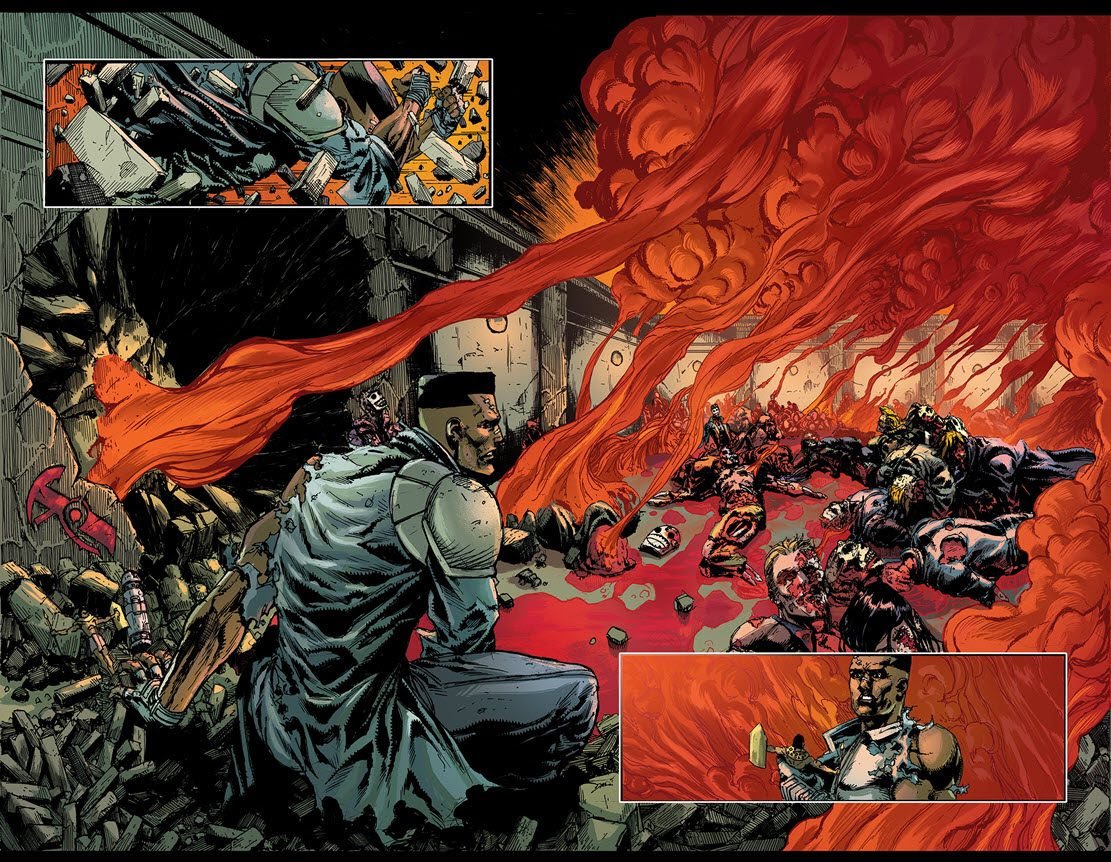