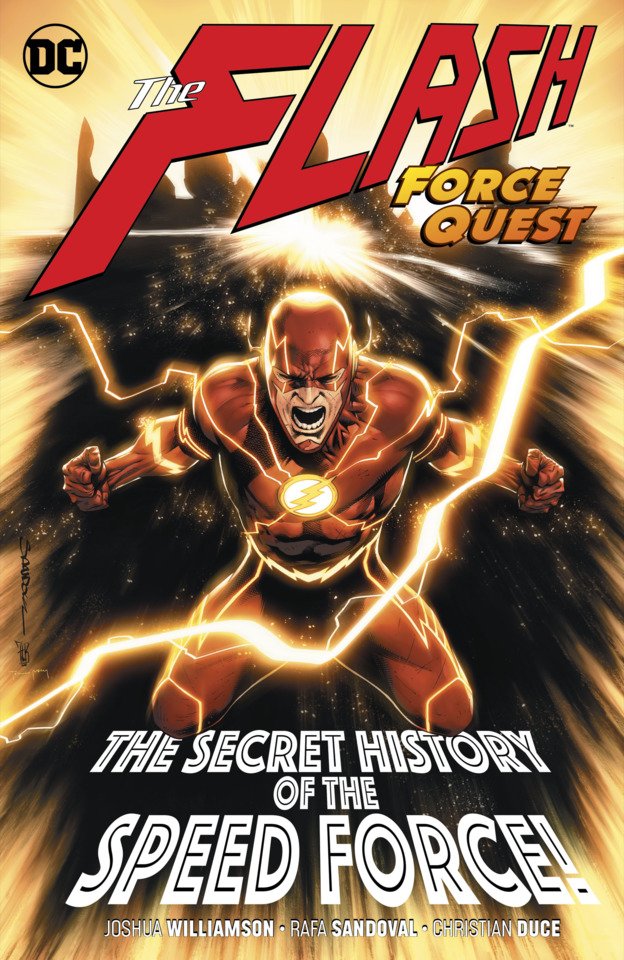 Force Quest is the one volume of Williamson’s run that although expands on the Flash mythos was shoehorned in to create more antagonists for the Flash; which is reasonable, I guess.

The problem is that the concept of the four forces that aid the universe to move forward, this creates two major problems; first, it conflicts with other such moves over other titles, even running alongside the same title at the time, in rendering the mechanics of the DC universe a little more unnecessarily complex making long time fans ask questions which I do not believe need to be. Secondly, and tied to the first point, it raises questions about the chronology it seeks to create and does not provide meaningful answers; like how were there avatars around when these forces were supposedly locked away? That one question kept getting in the way throughout, not allowing me to enjoy the story which is very clearly meant to offer more insight into Barry as a hopeful, empathic, and willful person that too often slips into self-doubt and depression that keeps him from bringing about change. It is sadly a little stumbling block in an otherwise stellar run; I get what was being tried, but it seeks to up an ante without fitting it well within how the larger DC Universe, as well as how the Flash mythos works.