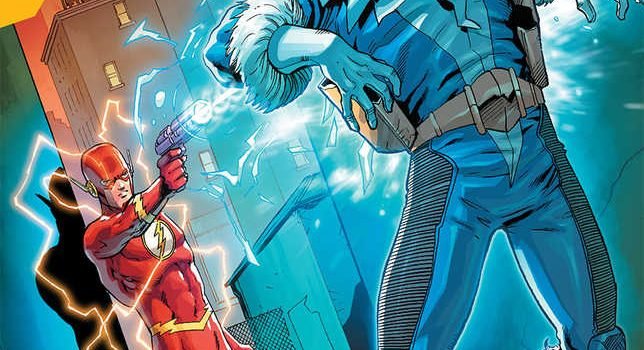 The Flash occupies an interesting position in the DC Universe that is really highlighted in this arc; what drives him is a constant self-loathing that forces him in atoning for being himself, for being the one indirectly responsible for the death of his mother simply for being himself and is too preoccupied with that to notice anything else. This is made all the more interesting with the likes of time-travelling shenanigans and cold guns.

This arc also shows how much Williamson understands the Rogues, a group of villains who I would wax poetic on for hours on end; a group of people who, like Barry, are wracked by self-loathing over their own tragedies but instead of trying to atone and use their potential for good, have banded together to be “stick it” to authorities who in their minds have perpetrated their tragedies, but make it a thrill at the same time. The most obvious of these is Leonard Snart, Captain Cold – my favorite villain ever, who here spitefully becomes the kingpin of crime just to show the Flash he is irredeemable.

My only gripe with this volume is that it is very evident that Williamson simply does not like maintaining a mystery when he sets it up or is not interested in doing so.  He sets up a mystery only to resolve it in a handful of pages. This is probably intentional, though, as he uses this to highlight character work over intrigue. But a little editing and shifting of pages here and there would have accommodated to both, most probably. But on the whole, it is a beautiful, yet highly entertaining character piece. 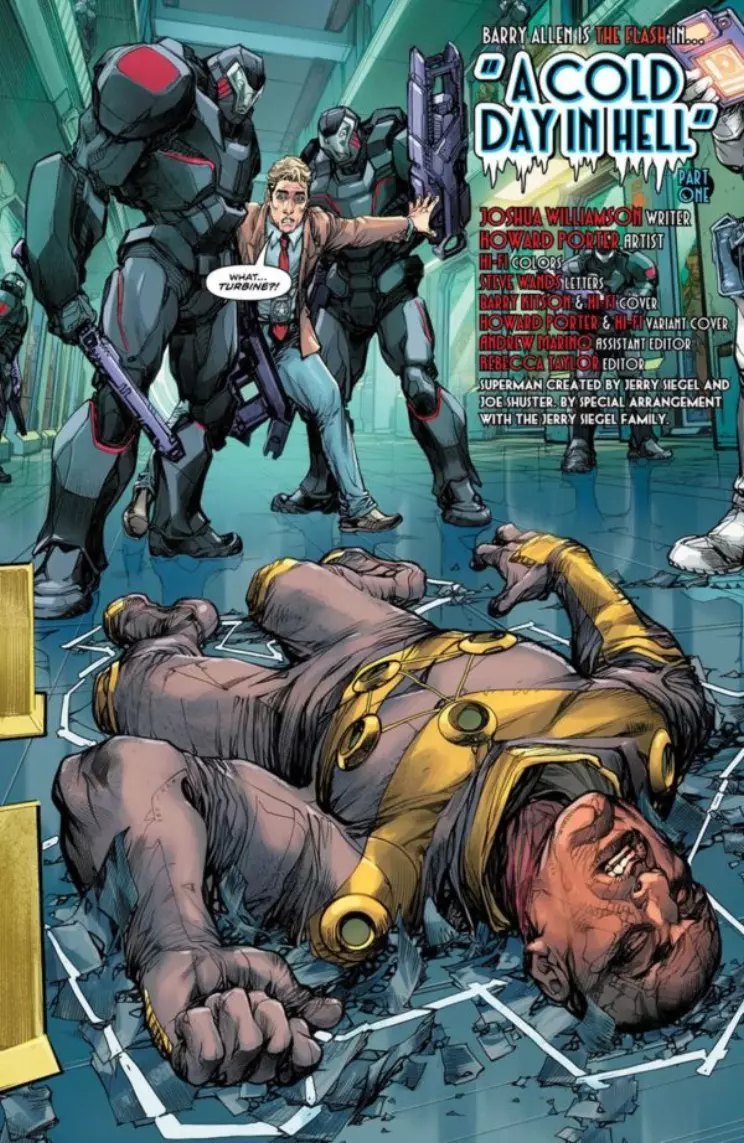