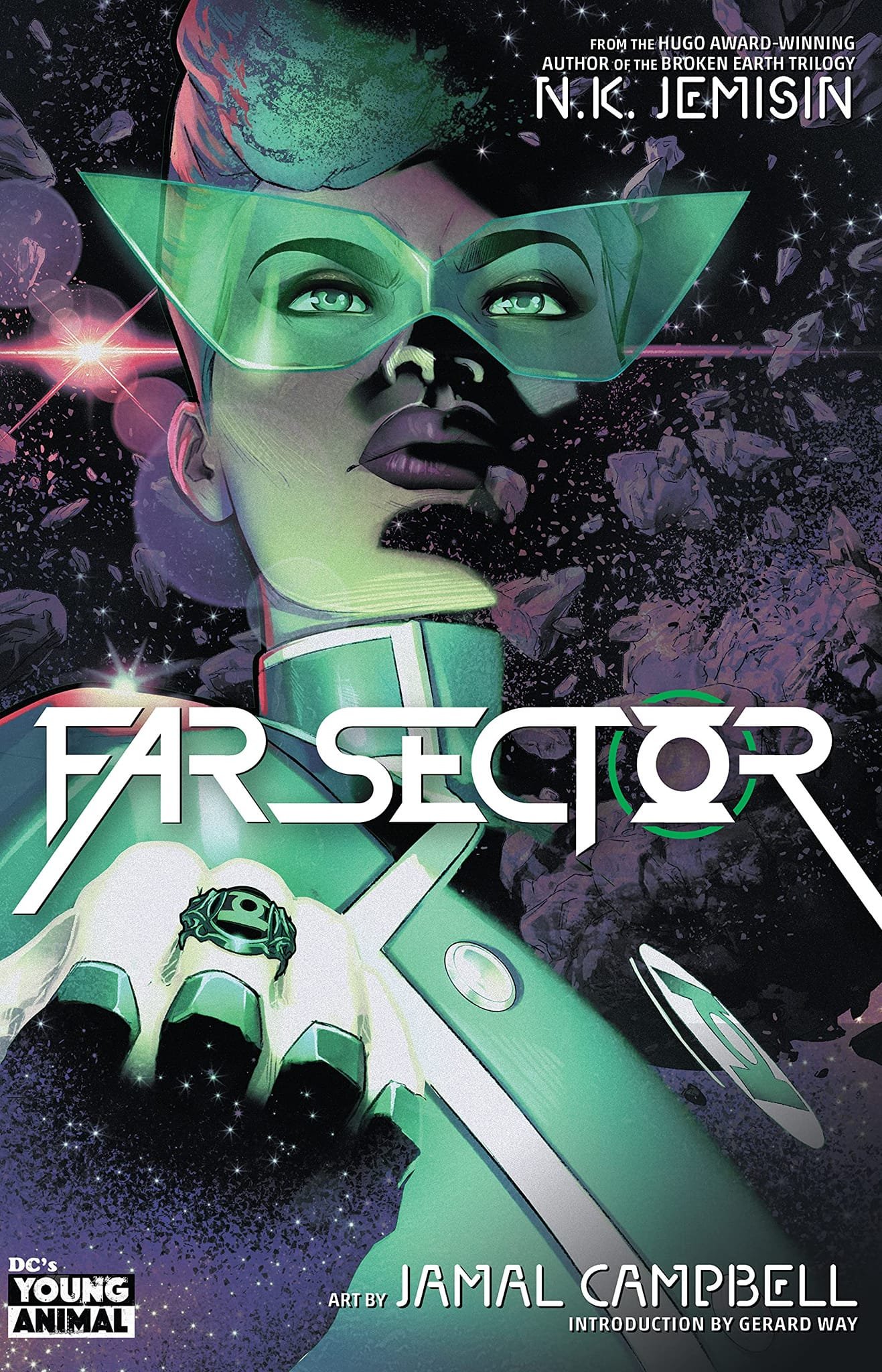 A bit of a short break from the Flash reread. Long story, I promise I will explain later.
That silliness aside, let’s get into my other favorite corner of the DC Universe.
I was very intrigued by neophyte Green Lantern Jo Mullein. And I must say, now that I have read her debut in Far Sector, that the fact that she made waves based only on her sexuality was a great disservice to the character as it is not what her character is all about.
The book presents a truly intriguing “whodunnit” which makes for an engaging read throughout; Lantern Mullein’s background – as well the circumstances around her recruitment into the Corps that, to the initiated, is purposefully unusual – lends itself to her doggedly try to untangle a miscarriage of justice that is as mired in political red tape and discourse on the validity of emotions on the other end of the Universe as she seeks to unburden herself of being party to it’s failings Earthside.
The book only has two problems; first is that while Jamal Campbell’s artwork is gorgeous, possessing an ethereal sheen that befits the Lantern Universe, it sometimes becomes hard to follow as some character designs are not distinct enough to tell some characters apart, and neither is some line work which would have helped it just a little more.
Secondly, while the story is solid and provides some excellent thought-provoking moments, it gets murky at the end as it caves under the weight of its own complicated politics constructed on this particular world. The intention is fine and honorable, to be sure, but it is both complicated and clunky, as trying to explain it away invades a lot of the narrative to the point of it being distracting. And for someone with my attention span I admit it was a little tasking to follow.
But make no mistake, it is a worthwhile read. 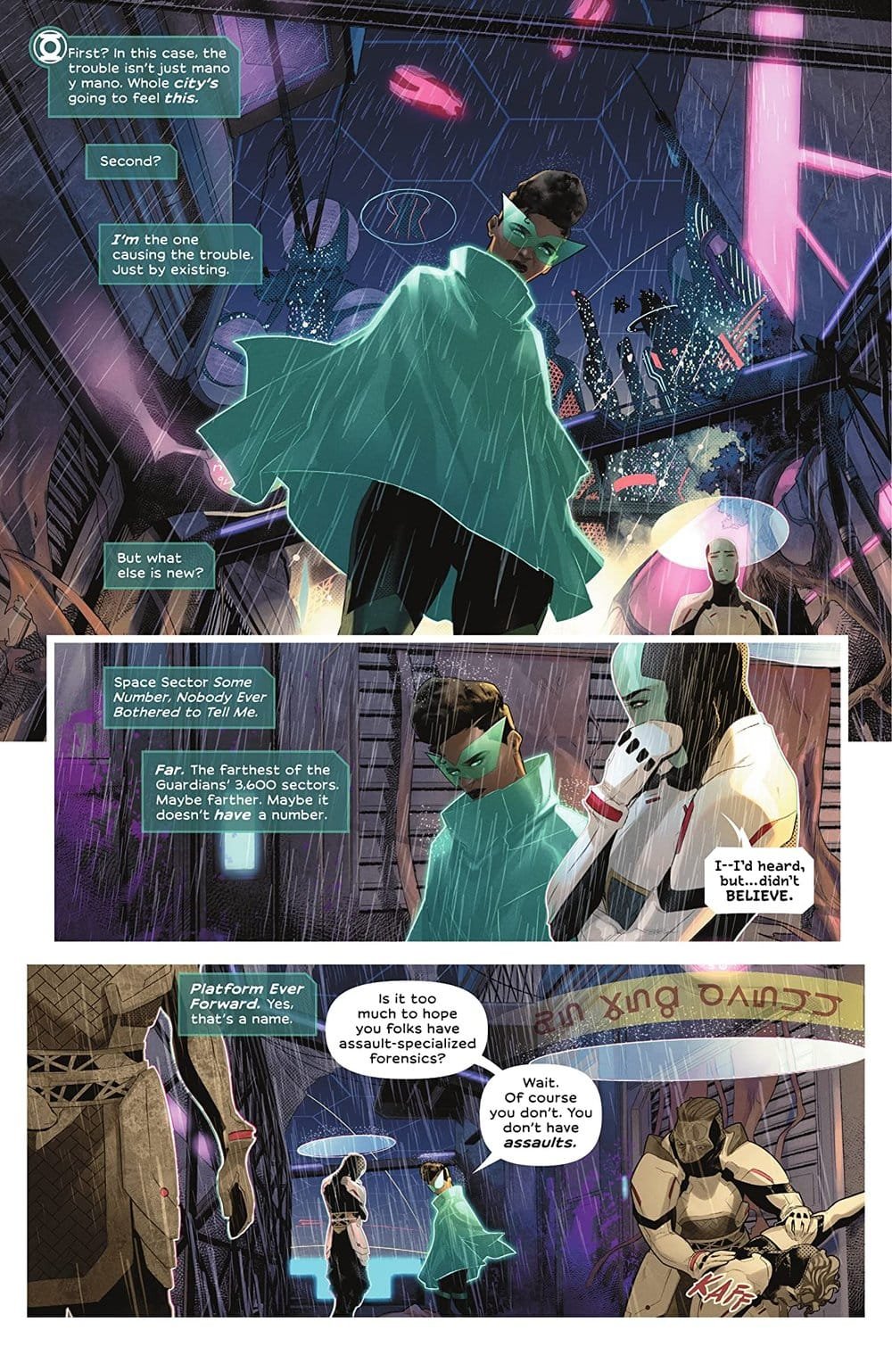