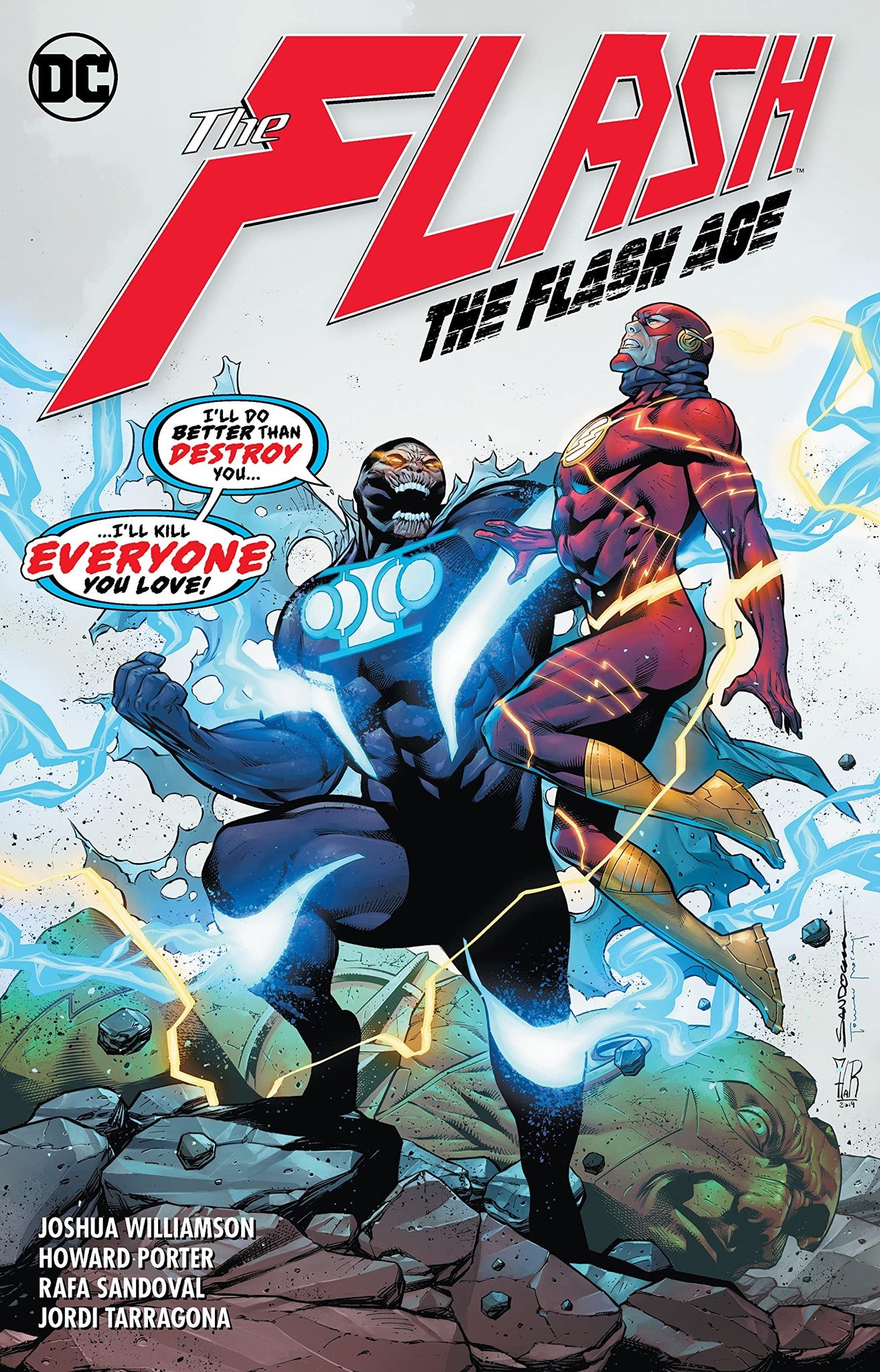 I cannot stress how much of a great read “The Flash Age” of Joshua Williamson’s run on The Flash is. Probably one of the very best stories involving The Flash and the Reverse Flash to date.

In short, it is built around one thesis statement; moving forward without acknowledging one’s own mistakes, running a legend on one’s own unblemished and manufactured image.
The Flash is one of those heroes who has gained such a legendary status that a WHOLE MUSEUM is devoted to the legacy. Not Superman or Batman, but The Flash. One that runs on hagiography, draining a life out of its complexity and mythologizing it upon a pedestal. How can one live up to that, especially when the skeletons start walking out of their closet?
Enter Paradox, one that seeks to destroy the legacy of the Flash by being the proverbial skeleton in the Flash‘s closet.
It is poetic then that for overcoming this challenge, Barry gets to admit to his hardest and probably darkest moment in his history, one which resulted in the ironic birth of his greatest enemy as seen in Mark Waid‘s “The Return of Barry Allen” in reverse (time travel is complicated in this way).
He gets to admit that, for all his pristine legacy, the Flash committed murder to save his wife.
Never mind that the Reverse Flash is unable to let that one go…
But this is beautiful.