In this volume of his run, Williamson highlights this by taking the tail end of Johns’ run right before Flashpoint and building upon it while continuing the threads he set up himself in the return of Wally West and his confrontation with Barry and his decisions leading up to Flashpoint and beyond. It is a rather poignant tribute to Wally’s stint as the main Scarlet Speedster, with the excellent Scott Kolins once more taking up the art. Like Johns, he expands the mythos as well as the two Flash’s personalities on the theme of motion and determination, leaning heavily on being lost in “What If’s” and moving forward. You cannot not feel sorry for Wally here, being stuck in the life he left behind, his family, in a world that went on without him (and them) is heartbreaking; but it’s also true that their memory and the people around him gave him the chance to come out stronger… if he ever realised… if ever. (…*Looks knowingly at “Heroes in Crisis”)… 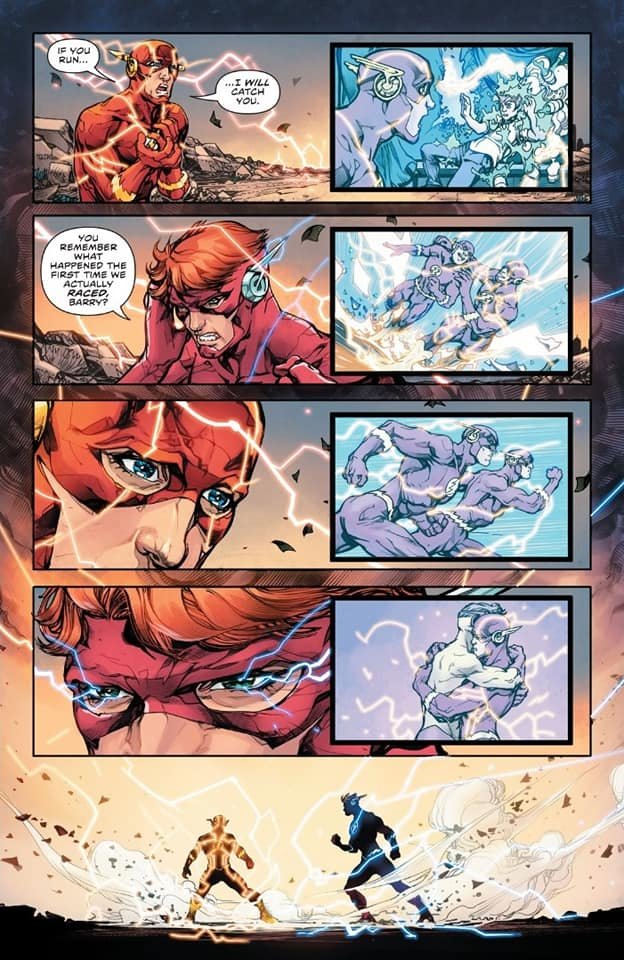