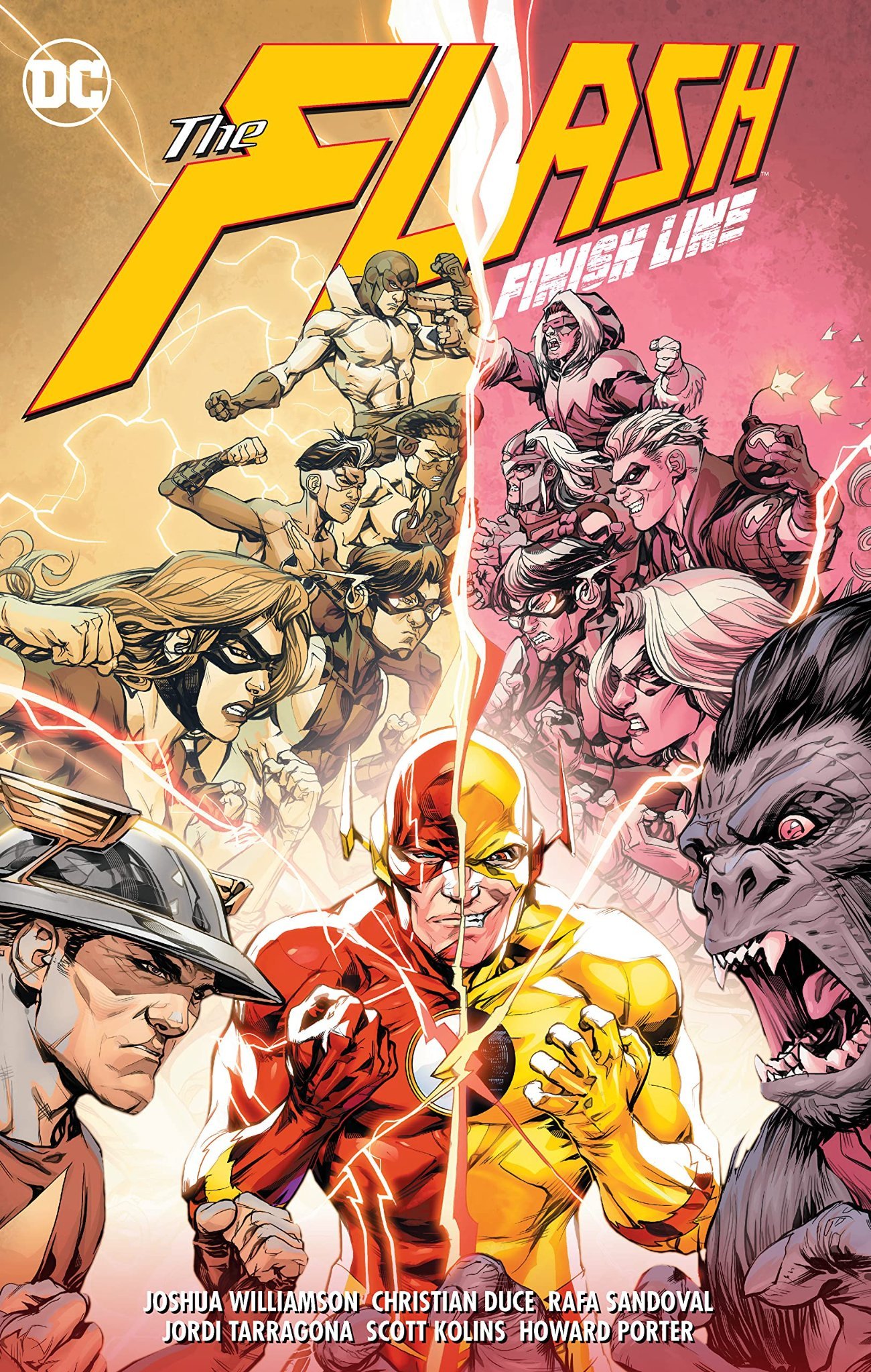 What makes Barry Allen “The Flash”?
The whole run of Joshua Williamson’s Flash rebirth has been a bid to answer this question; is Barry solely defined by the death of his mother, a relentless stumbling into bitterness and aloofness from the world around him? In this final volume of the Flash, Williamson outlines that it is not – it is his ability to move forward in spite of the relentless self-doubt, self-closure and continuous reasons to be a bitter, vindictive and self-serving person – in a nutshell, everything Eobard Thawne is.
It is an immensely satisfying conclusion in this respect; while it does present a few unexplained continuity hiccups as regards some of the characters present – such as their outward appearance as well as their spontaneous appearance in the story, period – it is magnificent as it lays out the many themes that make the whole mythos of the Flash work; family, forgiveness, and resilience against all odds. And this is very much more thanks to the characterization of the villain of the whole piece and why he is Barry Allen’s nemesis; Professor Zoom, perhaps a far more dangerous narcissist than Lex Luthor, and far more unhinged than the Joker. You can’t help feeling pity for the maniac, as anyone would knowing their entire life was tied to its ruin at the hands of their own hero, but completely oblivious to the ability to start over redemptively. And that is the chance that Barry Allen finally offers Zoom – the ability to start over and turn a new leaf completely.
That is what makes the Flash work; the ability to forgive and believe in people’s better demons even against their own better judgment. Being hopeful. 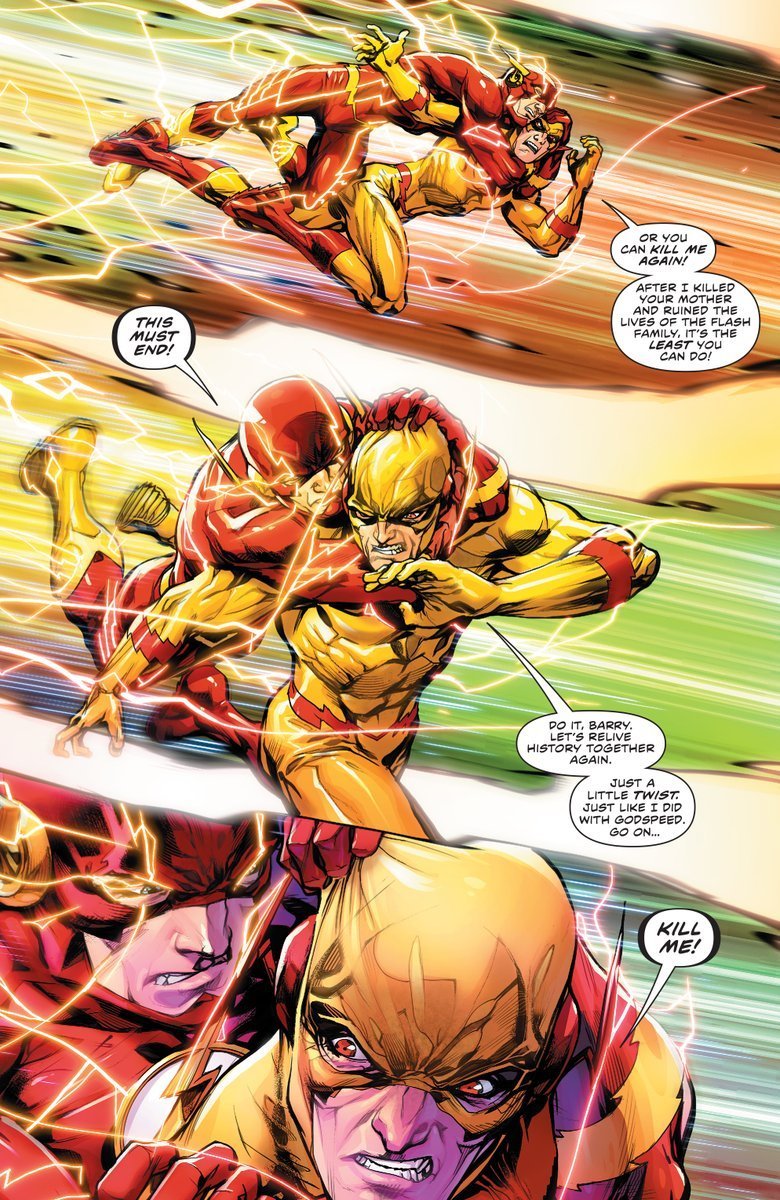