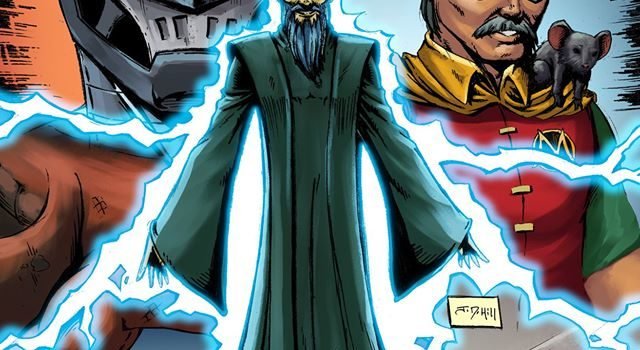 Release Date: July 15, 2020
Adam West and his motley trio of heroes are running out of time, New York is in in the grip of a mad man, and only through team work, imagination and sheer grit can they hope to save the day. 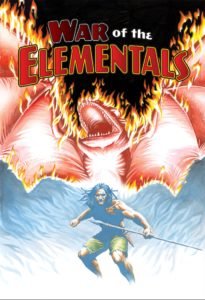 Release Date: July 10, 2020
Check out this back to the past adventure in this special edition. 1915 France. The Great War rages and a new breed of hero takes to the skies. Part bull-terrier, part daredevil, the aces of the Royal Flying Corps’ 5th Squadron are Britain’s elite. It was an era of counter-intelligence, dogfights, and drinking songs, but that was before the world changed. That was before the Elementals. When a routine mission goes awry, the 5th Squadron finds itself trapped in an unreal world called The Source. Here, giant bat-like creatures dominate the world, keeping the Universe, and all of its parallel realities, in a precarious balance. But despite its serene appearance, it is a violent, predatory land. Trapped along with Germany’s greatest flying ace, they all must work together to find a way back home, but the home they left is no longer the world they knew. Never before seen images!

This is an expanded edition with featured cover by famed artist Jesse Johnson. Right now the world needs a distraction. Perhaps that’s why we are collectively riveted to Netflix’s “Tiger King.” A murder mystery resembling an episode of newsmagazine “Dateline,” “Tiger King” introduced the world to the flamboyant Joe Exotic, a former magician, country singer and zookeeper with a troubled past. Joe currently sits in jail for planning to murder his rival, Big Cat Rescue owner and animal rights activist Carole Baskin, who he accuses of killing her husband and feeding him to her tigers. Truth is indeed stranger than fiction in this origin story with the help from PETA who shares information not in the Netflix documentary, of both Joe and Carole. The book has been featured in The New York Times, The Washington Post and even TMZ!

Release Date: 07/22/2020
More robot action continues! Susie Saturn’s is on a mission to destroy the Gearz squad by bringing in some big guns. All of this and Karen gets pressure from her parents to ace her geometry midterm. 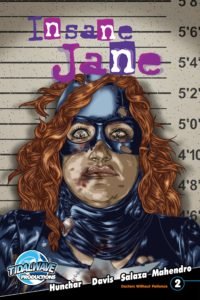 Release Date: 07/22/2020
Jane is out in the world and nobody is safe. The girl who is off her medication and is on a wild ride is back as she strikes back at the doctors that want to keep her under lock and key. Don’t get on her bad side or she will seek justice on you. Coming soon as a feature film. 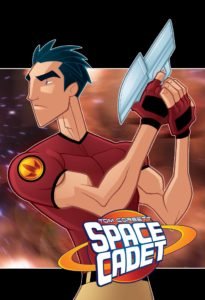 Release Date: 07/29/2020
The classic space heroes from the 1950s are back, with a new look but the same sense of high-spirited adventure. Tom, Roger and Astro, cadets at the 23rd-century Space Academy, uncover the threat of the One State, a robotic horde with a strange origin and an even stranger mission. Script by Bill Spangler (Alien Nation and Robotech); art by John DaCosta. 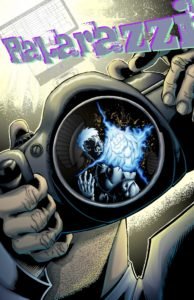 Release Date: 07/29/2020
Los Angeles– some call it the city of angels, others call it a cesspool of debauchery and self indulgence– but whatever you choose to call it, one thing is clear; L.A. is where all the action is. When an entertainment newspaper stops covering celebrity tabloids and starts to focus on the superhero community, all hell breaks loose. From closeted capes, to drugged out Do-Gooders, no one is safe from the poison pen of Sara Michaels and her award winning snake of a photographer, Glenn Barry. From the people who brought you The Legend of Isis, Tenth Muse, and Wrath of the Titans, comes a new type of comic book that explores what goes on under the spandex, and we aren’t talking Botox!

All books are digital and available in print on AMAZON and various comic book retailers.