Whereas Anglo-American culture linguistically distinguishes between ‘folk’ and ‘pop’, the Italian language relies in both cases on the word ‘popolare’. Such an ambivalence says a lot in itself. British (and by extension, partly also American) collective imagination originally made use of ‘folk’, a term of Germanic origin, to refer to secluded and mostly pagan rural areas. ‘Pop’, as an abbreviation of ‘popular’, etymologically derives from the Latin ‘populus’, i.e. people, in the sense of masses that, although living in districts which might be distant from one another, are intrinsically subject to the same central bureaucracy (back in the day, the Roman Empire), therefore sharing the same wealth of cultural products, customs, habits, beliefs, and forms of entertainment.

As for the typically British cultural phenomenon of ‘folk horror’, Adam Scovell, in a significant 2017 monograph which tries to take stock of such an apparently mutable subgenre, tends to epitomise it as any work “that uses folklore, either aesthetically or thematically, to imbue itself with a sense of the arcane for eerie, uncanny or horrific purposes”; or which “presents a clash between such arcania and its presence within close proximity to some form of modernity, often within social parameters; or “which creates its own folklore through various forms of popular conscious memory, even when it is young in comparison to more typical folkloric and antiquarian artefacts of the same character”.

Cinema, literature, theatre, comics, but also fashion, music, videogames, as well as anything related to culture and the media in general, can effectively turn into a catchment area for the ever-increasing spread of folk-horror tropes.

Fabio Camilletti, Reader and Head of Italian Studies at the University of Warwick, and Fabrizio Foni, Senior Lecturer in Italian and member of the Institute of Anglo-Italian Studies at the University of Malta, are the editors of a brand new illustrated book in Italian, ‘Almanacco dell’orrore popolare’ (Odoya, 2021) which, through chequered contributions by eighteen different authors, paves the way for a different investigation of Italian culture. The deployment of the expression ‘orrore popolare’ does justice to the historically peculiar and inextricable merging of folklore and pop in the Italian cultural landscape and, at the same time, urges a reappraisal, in light of such a fertile mixture, of numerous cultural products which have wrongly been labelled as either ephemeral and merely derivative, or rooted in a stereotypically cheerful and/or sunny ‘Italianness’.

Witchcraft, ever-lingering pagan rites, woodland monsters, wolves and werewolves, the tormented souls of purgatory, uncanny dolls, people haplessly buried alive, the devilish Krampus of Alpine folklore, the darkest (but also imaginative) side of Etruscology, diabolical possessions and murders, are but a few of the topics discussed in ‘Almanacco dell’orrore popolare’, whose evocative back-cover illustration, by the Maltese artist Joseph Bugeja, pays tribute to the seminal Italian magazine ‘Horror’ (published between 1969 and 1972, at the peak of the so-called ‘re-enchantment’ of Western culture), featuring comics and articles, reviews, and interviews related to the Gothic, the supernatural, superstition, science fiction, and black humour.

‘Almanacco dell’orrore popolare’ is a 400-page oeuvre that casts an innovative light on Italy, at the crossroads between mass-mediatic culture and its most ancestral and sombre heritage. The book was warmly praised by ‘Il Venerdì’, weekly supplement to the newspaper ‘La Repubblica’, and by the programme ‘Wonderland’ of the TV channel Rai 4. 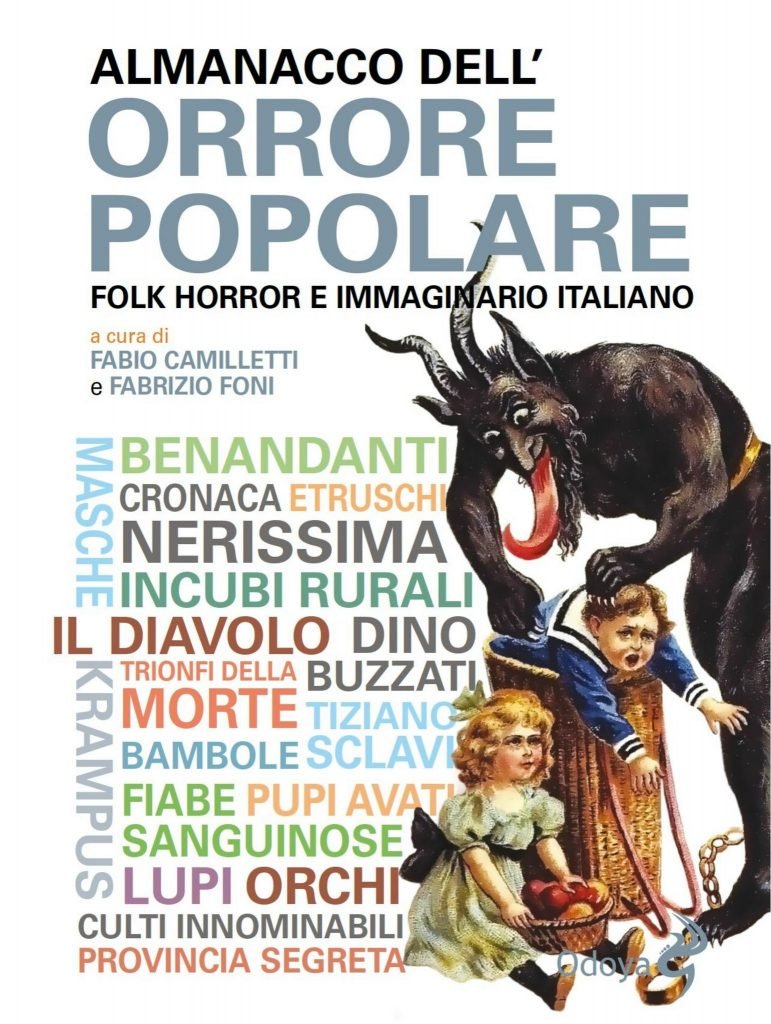 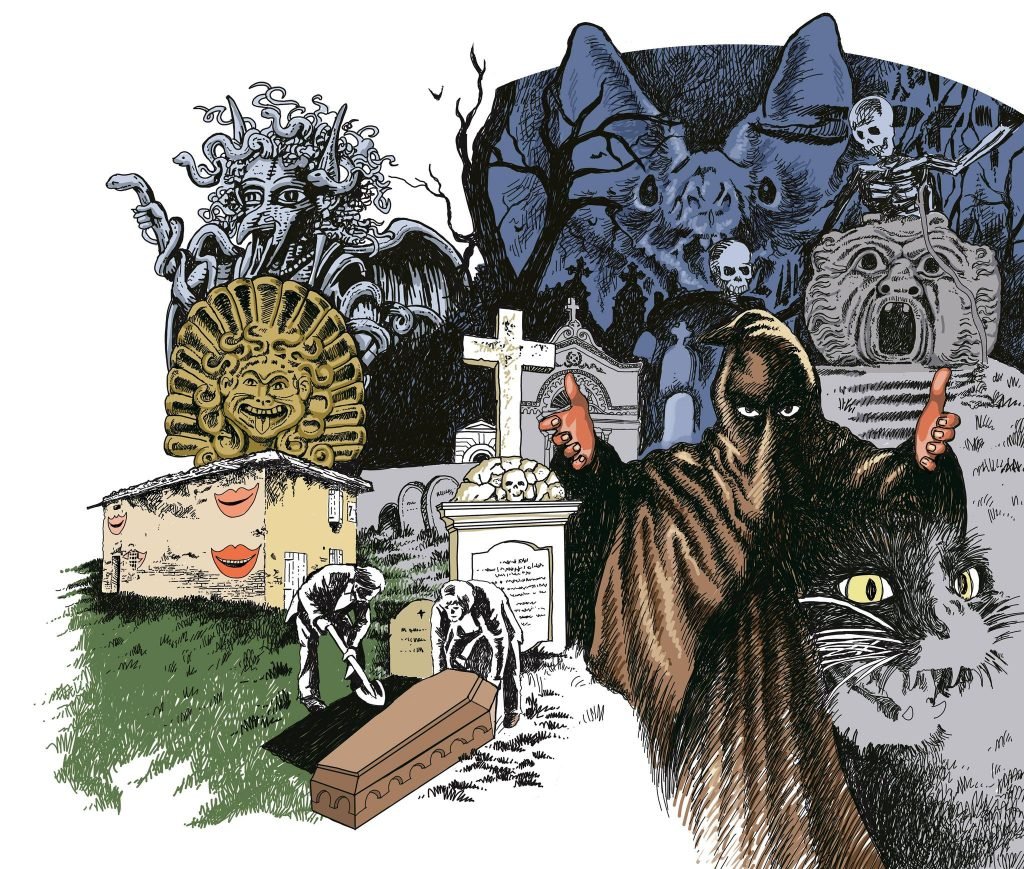