I must say I have mixed feelings about this volume.
On the one hand I like anything with the Rogues in it; especially the way Joshua Williamson is writing them. On the other hand, however, I am not very fond of their re-design which is a little too lazy as well as the obsession DC editorial has with giving all of them powers. I understand a power up of their equipment of sorts – which Williamson insists that this is – but it is clearly them once again sporting powers, which derails what makes the Rogues who they are; people with a ton of potential of doing good for society thanks to their skills and gifts but just do not want to, each one for their own personal reason, opting to satisfy their own desires instead. The context created also feels shoehorned in, even in context of the grand narrative, in order to offer a tie-in to the Year of The Villain event around the time, as very little character work is consistent with what came before with everyone involved. It starts pretty well with Cold feeling dead inside following his stint with the Suicide Squad, but the rest is just “there”. But it’s harmless in the grand scheme of things. Just a brief break in the momentum, I guess.
The artwork by Rafa Sandoval and Jordi Tarragona is still gorgeous, however, so at least it is nice to read through.
#crowcomicreviews 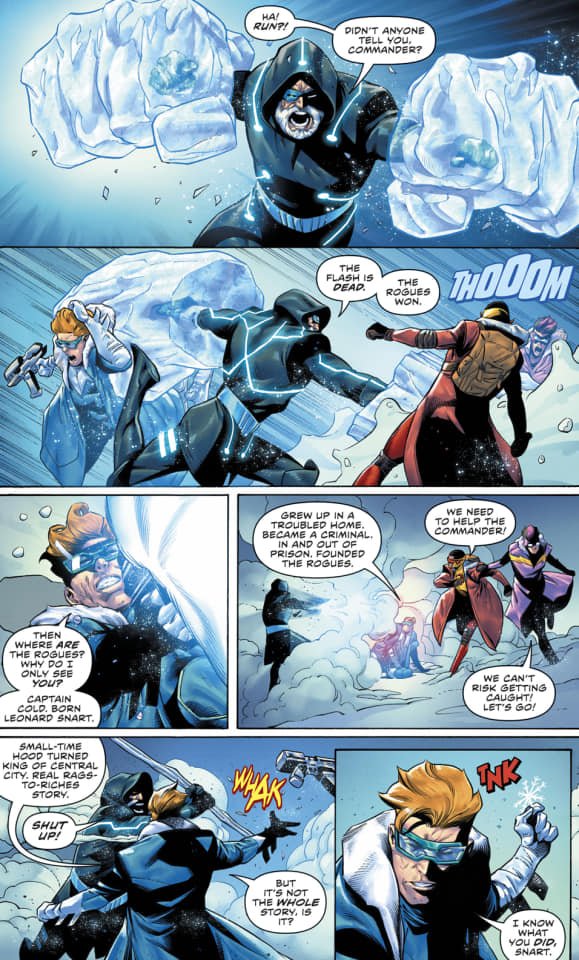