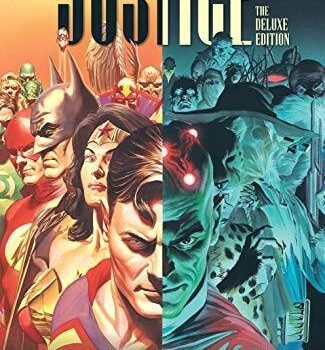 Justice by Alex Ross, Jim Krueger and Doug Braithwaite accomplishes the feat of paying tribute to a number of iconic DC stories – from Green Lantern becoming Parallax, to Crisis on Infinite Earths, to the Death of A Prince storyline from Aquaman and many others – and knits them into a beautifully-illustrated, quasi-cohesive narratives in order to “redeem” their respective endings into something more corresponding to what one would think when thinking of DC’s pantheon – one made entirely of people one would look up to rather than a cynical deconstrution of the genre. One could look at this narrative as a “deconstruction of a deconstruction” – as the iconic villains of DC ask “Why do heroes, for all their heroism, never have truly resolved the world’s problems?” It is a pity that unfortunately this is never answered completely only re-setting the heroes as being such in a superficial capacity – them simply saving the day instead of addressing humanity’s true woes – and foregoing even a general answer to the question and relegating it to it being something “villainous” to ask. Which is a great missed opportunity, as DC’s heroes would be ideal for such a discussion in narrative form in my opinion. This is also true of the action as what promise to be amazing action set pieces are not shown in their full glory as they did in Alex Ross’ and Jim Krueger’s other works, or with ideas that are abandoned shortly after they are adopted.

However there is a lot to appreciate here -the evident tribute to the narratives, the seamlessness betweek Ross’ and Braithwaite’s BEAUTIFUL art, the intimate knowledge of each character and how they are more than role models – indeed, how human and relatable they are; this is a book that however can be more appreciated by hardcore DC fans rather than a new or average reader. But there still remains a lot to appreciate. 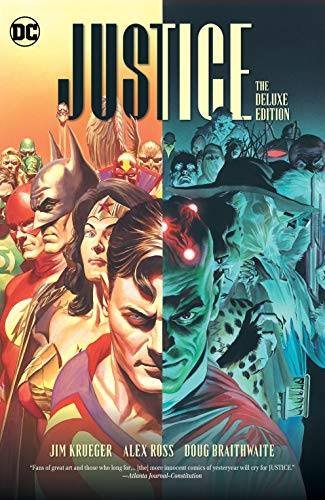 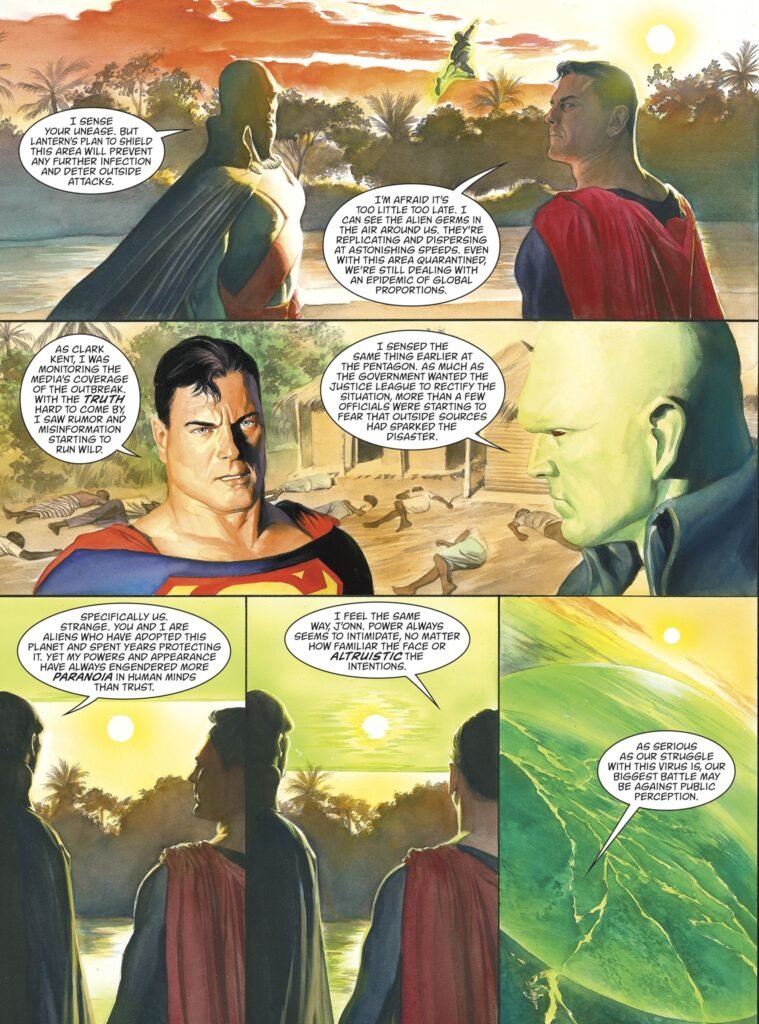