Almost undoubtedly where the current phase of the MCU is heading, John Byrne’s Avengers West Coast: Darker than Scarlet presents the downfall of Wanda Maximoff. This will not be the first or the last time that her downward spiral is even touched upon – it is almost a trope in itself by now – but it was one in which the reasons behind it are compounded by further tragedy almost to a comical level. That is not to say this is by any means a bad book; the artwork by the selfsame Byrne and other collaborators is dynamic and detailed with some gorgeous mood-setting colours and shadows highlighting the body horror reminiscent of Junji Ito with some cheesecake thrown in. The story, in its separate elements, sports the trappings of a science fiction soap opera, with the tragedy rolling into a veritable avalanche on the cadre of heroes who are not quite the Avengers you are used to reading about, using language which evokes the necessary emotion to drive the tragedy home. However, the narrative suffers from a classic superhero-comic trope that has made many a title rather monotonous, in my opinion: the “red-herring villain,” or when a villain lays claim to being behind some grandiose master plan even when how each one connects is tenuous at best, laughable at worst. Some villains, in fact, are there literally for no reason at all with their story leading to nowhere (at least in this title), which makes the narrative that much more haphazard in nature. This leads to the fact that the story clearly has much potential, but is bogged down by tying in to other storylines that lead to nowhere or present themselves as red herrings, divergences and the writer not going all out with what a Wanda, someone who can alter the very fabric of reality, spiraling out of control would look like – something better explored by Brian Michael Bendis in Avengers Disassembled and House of M in all its craziness.

For the sake of sounding controversial, reading this book critically brings to attention how much the female figure within the pantheon of Marvel‘s heavy hitters was downplayed in the era when this was first printed; not only this particular team of Avengers practically a sausage party, with only Wanda, the Wasp and (arguably) Agatha Harkness playing any role here (the Wasp only superficially as she is practically replaceable) and Tigra only mentioned in passing, but the way these are presented with the exception of Harkness is either as eye candy, victims or throwaway lines. I am not going to go off the rails here and state that this must be some misogynistic ploy by the patriarchy, but I am sure that if at least had the Wasp was given some role to play as much as one of her male compatriots rather than literally be cannon fodder at best or Hank Pym‘s arm candy at worst and had there been less posing obviously modelled after obvious inspirations (let’s say Greg Land‘s input would not have been out of place here) it would not have gone unappreciated, I am absolutely sure. Had it not been presented in such an obvious manner, it would not have been a point of contention for me. But it is very hard not to notice. 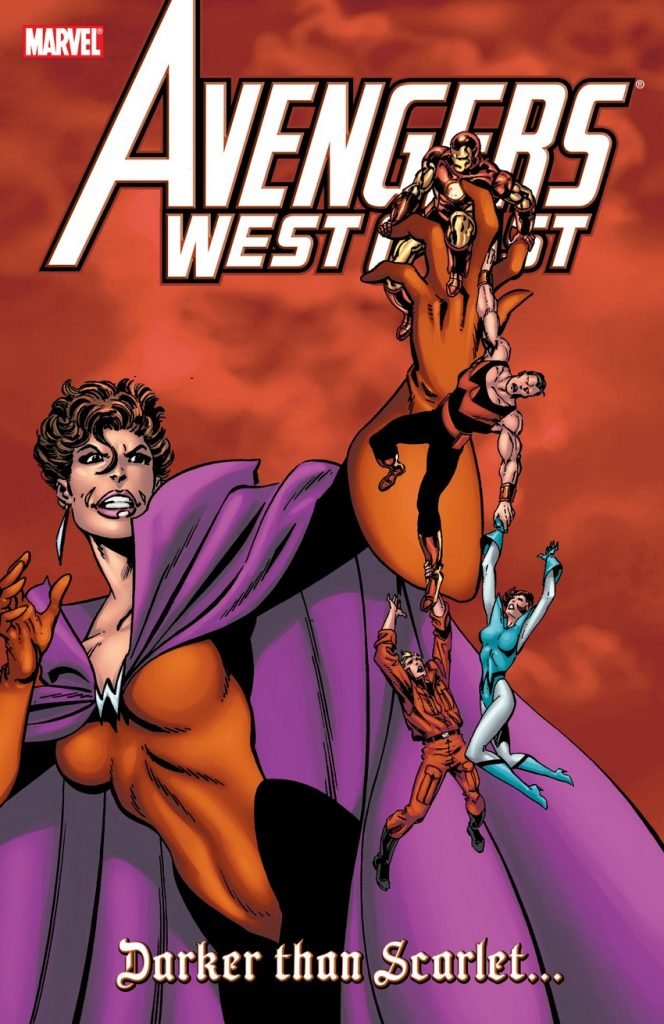 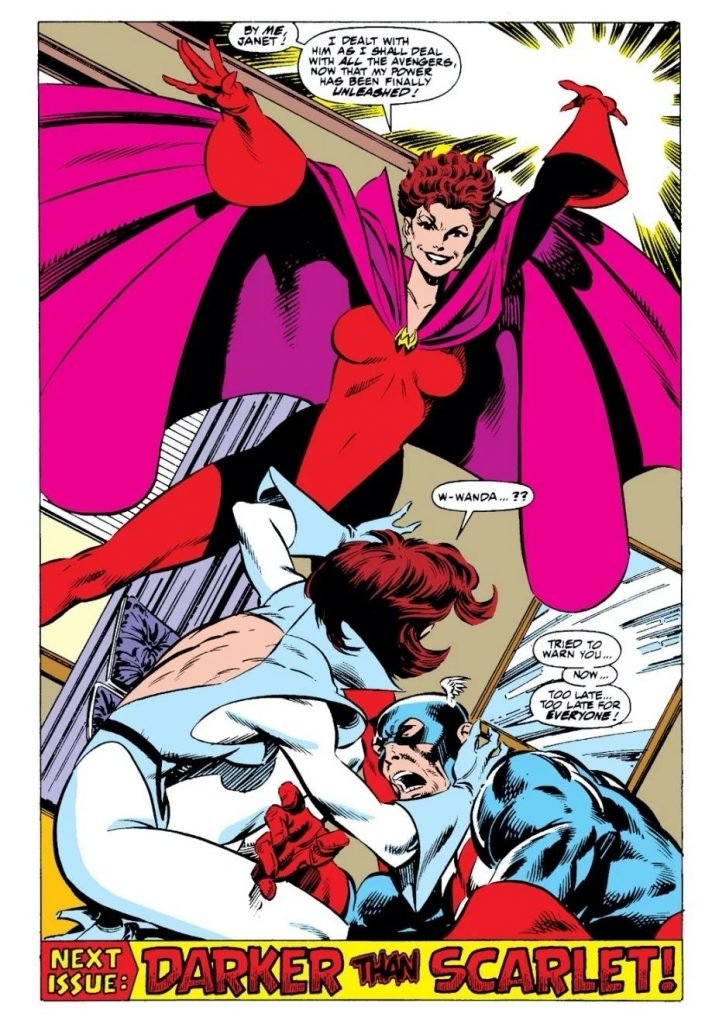