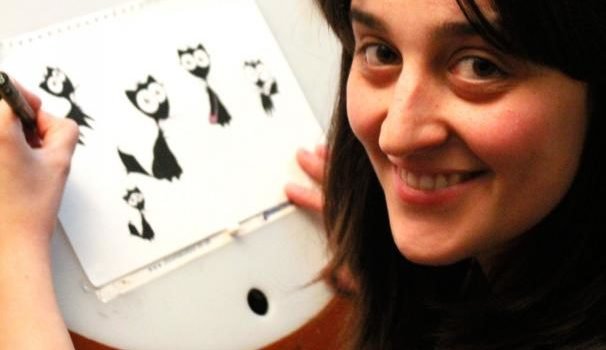 Jenika Ioffreda is the creator of “Vampire Free Style”, self-published and award nominated comic book series about a black cat in a world of vampires, magic and witches.

The series has sold over 5,000 copies in comic conventions around Europe, it has been praised by reviewers, it has a loyal following and it has been requested as set-dressing for the movie “This Must Be The Place” with Sean Penn. Pages and illustrations from the series have been displayed at Brent Museum in London.

She took part to different comic book projects, including the “Kapow! Guinness World Record Special” – a project by Marvel which broke two Guinness World Record as the fastest comic book ever produced and the biggest number of creators working on a single comic – and international comic projects conducted by different organisations, such as the British Council, Lodz Cultural Centre in Poland, and the
Arts Council of Malta.

Her works have been used as well for children books, CD covers and independent music theater.

Italian born, currently based in United Kingdom, Jenika is an extremely active presence in the European comic conventions circuit with more than 200 appearances over the years.

She is currently the in-house illustrator of Music Audio Stories, an original company specialising in entertaining music audiobooks for children.