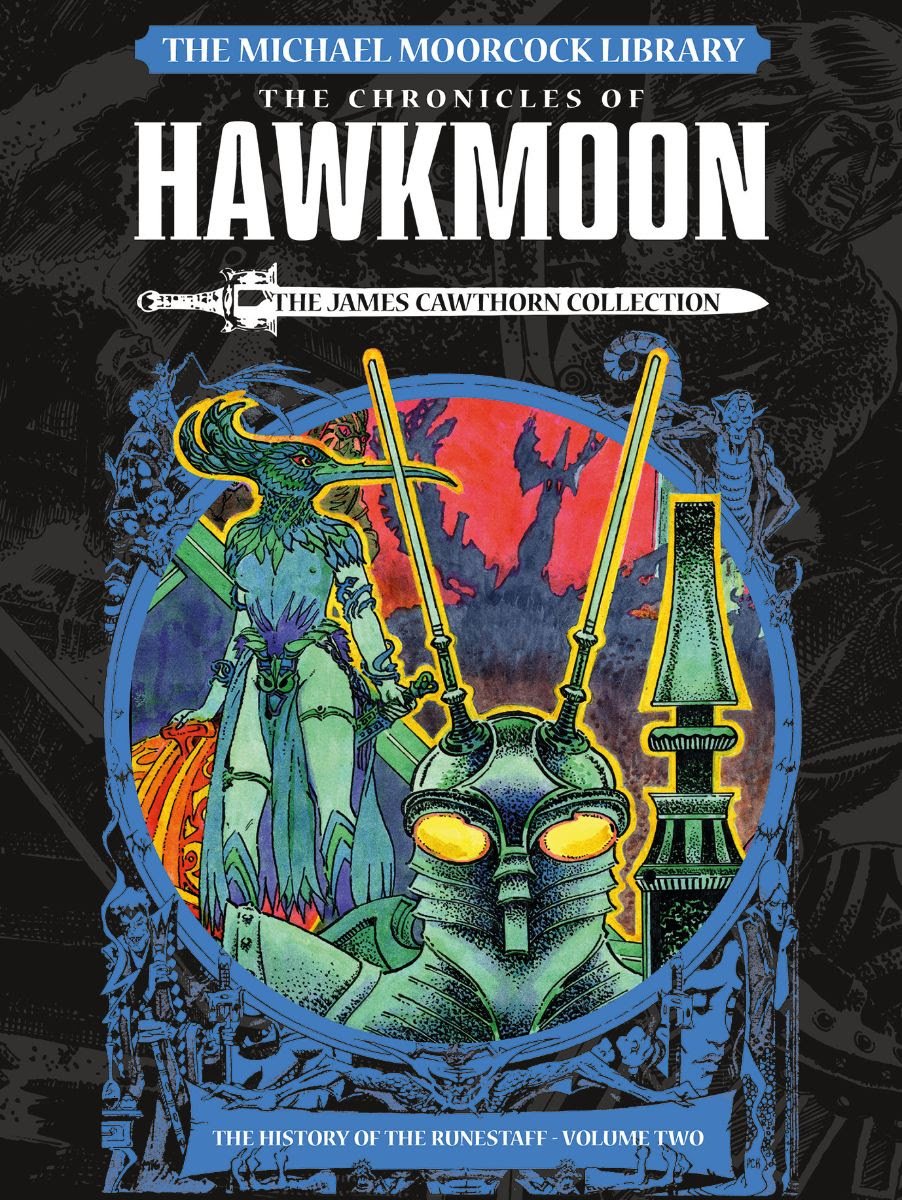 “An absolute triumph. I just want to revel in it.”
– Neil Gaiman

“I’ve been an admirer of Jim Cawthorn’s art for pretty much my whole life.” – Alan Moore

Titan Comics are proud to present the concluding part of the legendary Hawkmoon Chronicles – published for the first time – written by Michael Moorcock and adapted and drawn by the critically acclaimed artist and writer James Cawthorn. Readers can finally see the culmination of Cawthorn and Moorcock’s grand vision and mark the conclusion of a saga 40 years in the telling.

Set in a post-apocalyptic world where sorcery and science live side by side, the Dark Empire of Granbretan, formerly Great Britain, has risen from the ashes of nuclear Armageddon to become the mightiest empire the world has ever known. Now under the despotic rule of the immortal King-Emperor Huon, the empire is expanding its diabolical reach across what was once Europe. Against the backdrop of political intrigue, arcane magic, flying machines and high adventure, one man, Dorian Hawkmoon, the Duke of Koln, continues his fight to stop Huon’s evil once and for all.

The Michael Moorcock Library: Hawkmoon – The History of the Runestaff Volume 2 Out Feb 4