Hägar the Horrible – Part of US Political History!

Joe Biden recently announced his choice of Kamala Harris as running mate, and in the official photograph by Adam Schultz also revealed that he keeps a framed cartoon strip on his desk – from Titan’s own Hägar the Horrible!

Bleeding Cool reported on the story, as well as quoting Biden saying that the strip had helped him through personal tragedies by reminding him “a lot of people are going through a lot worse than you’re going through, and the way they get through it is … they have people reach out, touch them, give them solace.” You can see the whole interview on PBS here.

You can find this strip – and many more – in THE BEST OF HÄGAR THE HORRIBLE from Titan Comics, available on Amazon, Comixology and Forbidden Planet.

From his very first appearance way back in February 1973, Hägar the Horrible proved to be phenomenally popular among readers and newspaper comic strip editors alike, along the way becoming the fastest growing syndicated newspaper comic strip ever. Dik Browne based the look and characters on his family and friends and after his death his son, Chris Browne took over the strip. 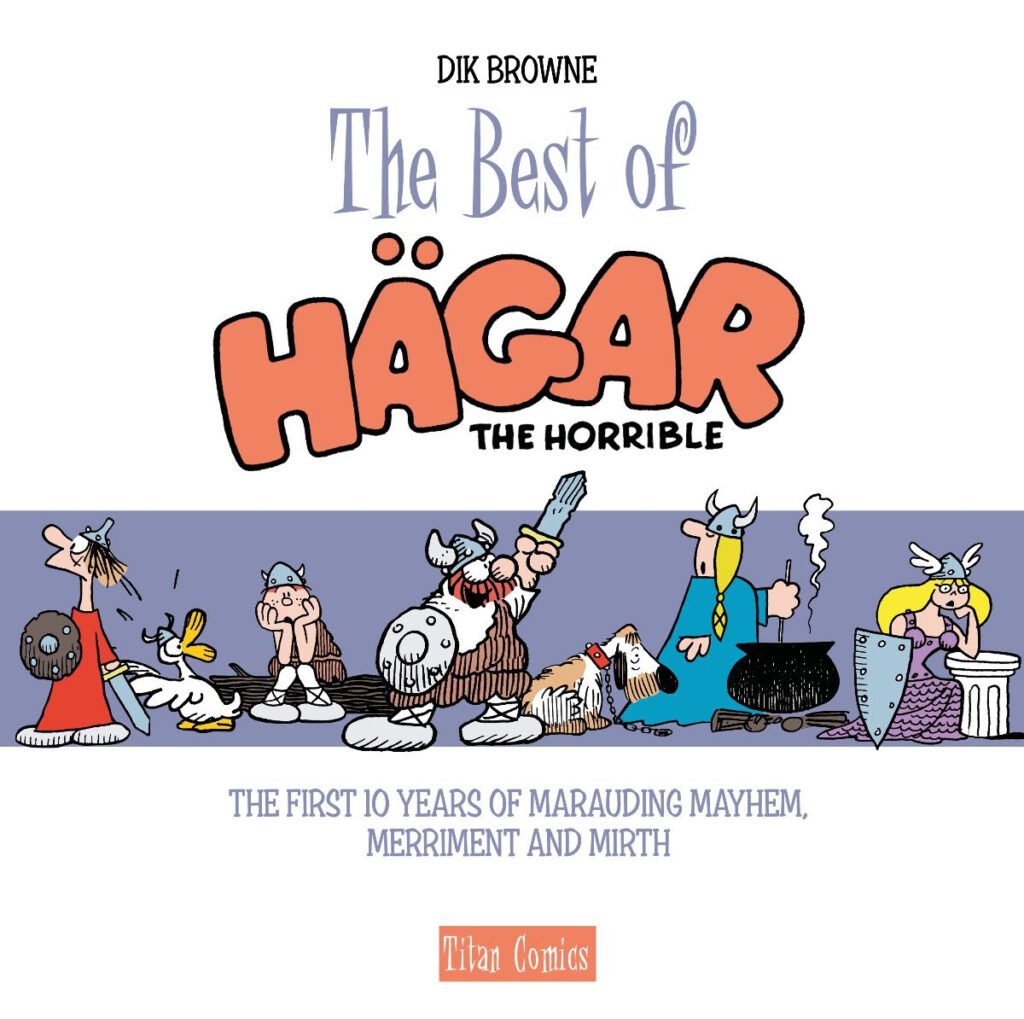 The Best of Hägar the Horrible from Titan Comics