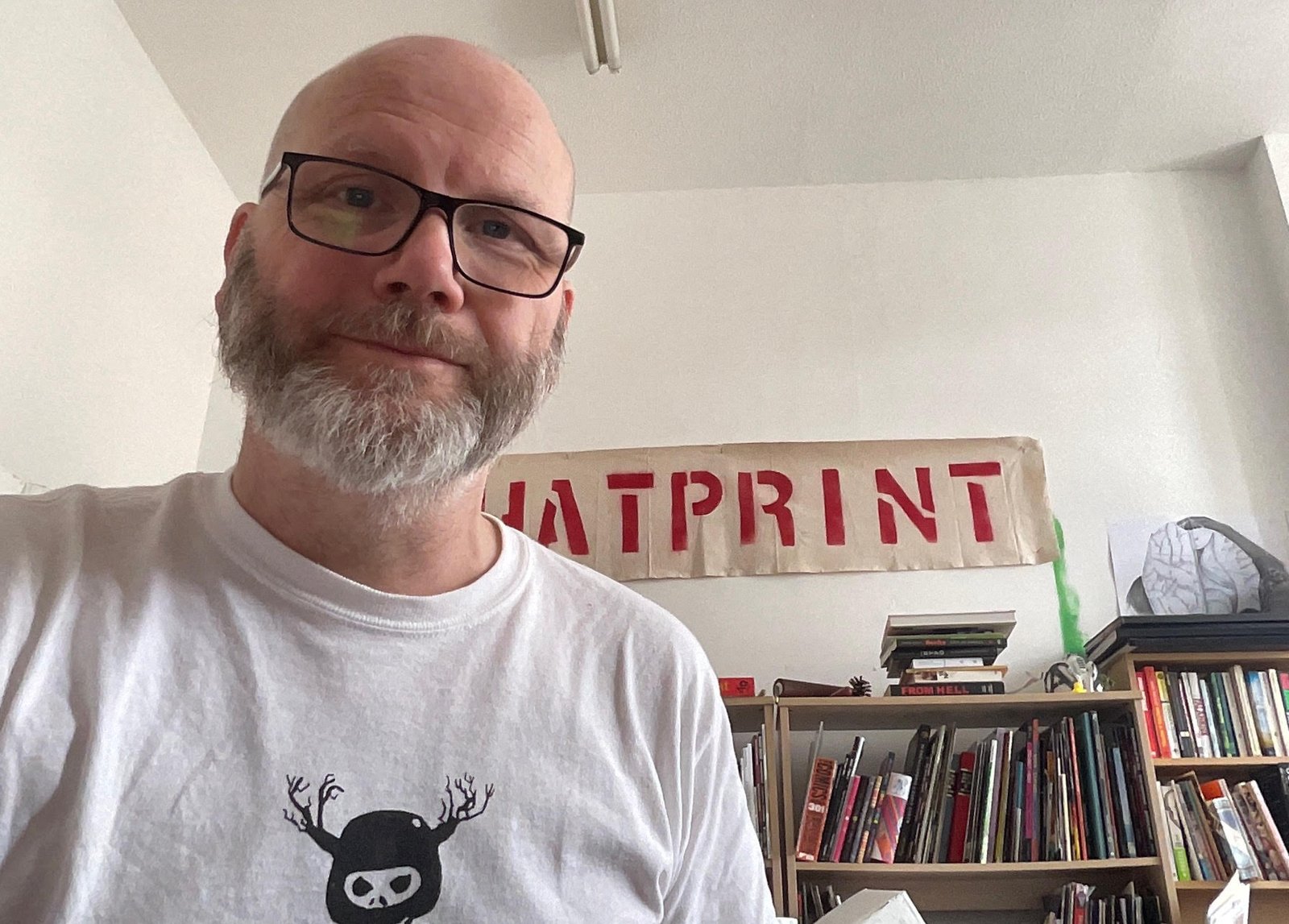 Sean is a Hull based cartoonist. He has attended a variety of comics related events, locally and internationally. Involved with collectives, Sean was a founding member of London Underground Comics and The Crouch End Festival. He has also organised and curated CECAF, Crouch Ends first cartoon festival.
Phatcomics has published acclaimed titles such as Ed, Twelve Hour Shift and Dark Matters ( with Douglas Noble ). Other work includes volume 3 of Necessary Monsters (First comics) and 24 panels ( Image comics ). A comic covering issues faced by Survivors Of Grenfell Tower fire.

The Voice of the Hall was published in 2018 (Soaring Penguin press). A graphic history of Hornsey town hall, funded by the Arts council. Recently Sean has completed The Sea Shepherd. A history of the Marine conservation organisation. Sean is currently working on a new book, Street art and protest – a visual history. Funded by the Arts Council, the book will be available 2022.