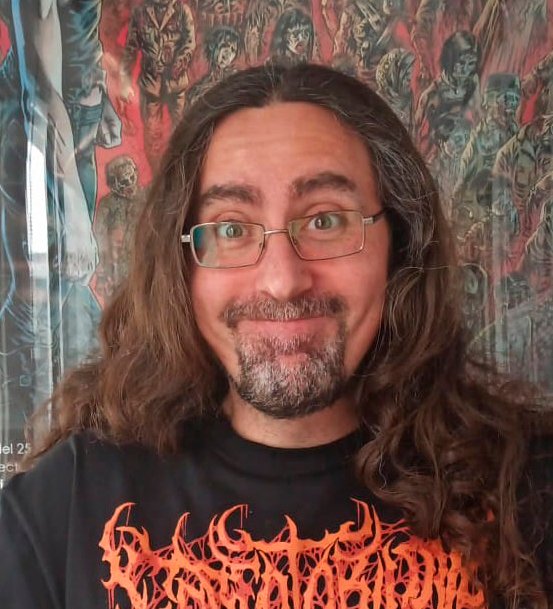 From 2007 to 2018, Raúlo worked for the American publisher AVATAR PRESS, side by side with famous writers such as Max Brooks, Warren Ellis, David Lapham, or Garth Ennis. In AVATAR PRESS he draws a variety of genres like horror, historical, zombie, or teslapunk. Some of his works published in USA are Crécy, Crossed: Psychopath, Captain Swing and The Electrical Pirates of Cindery Island, The Extinction Parade or Code Pru (included in Alan Moore’s Cinema Purgatorio). He also worked as a cover artist in several comic books, including Providence by Alan Moore.

In 2021 he drew Arn, el navegante, written by Házael González and published by Dolmen in Spain and by Dantes in Germany. In 2022 Diabolo Ediciones publish his Colección de abominaciones, a second monster sticker written by Tito Alberto.

Raulo is currently taking commissions the Malta Comic Con 2022. For a list of prices kindly visit the following page: https://raulocaceres.es/commissions

Anyone interested in booking a commission (artwork will be handed over during the Malta Comic Con) is kindly requested to contact Raulo on: [email protected]