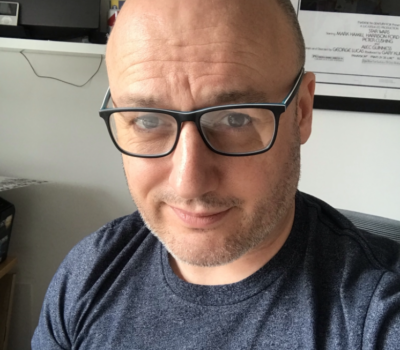 I’ve been working in comics for just over 20 years, I think my first published strip was an episode of Sinister Dexter (summer 2000) which was aptly named ‘Lucky’. I’ve been fortunate to work on the majority of characters that feature in 2000AD (Judge Dredd, Savage, Aquila, Grey Area, Judge Anderson and more). In recent years I’ve drawn a few Battle style strips for Rebellion (Sniper Elite) with a few more to come. I’ve worked with the costume designer Ray Holman for the last several years on the Dr Who show for the BBC, drawing out his designs for the many aliens and characters and of course the Doctor themselves.

I still draw comics traditionally, pencil, ink and paper by hand as I prefer that way but draw some work digitally if need be, especially the costume designs as it’s easier for revisions. I’m currently working on a new long running strip that will feature in 2000AD that still it hasn’t been announced yet so I’m sworn to secrecy I’m afraid!