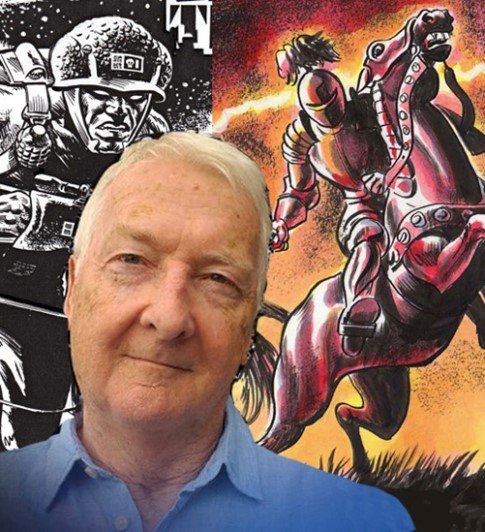 Mike worked on most of the British boys comics in the 70’s-90’s. He had lengthy runs on many classic characters including the defining style on Computer Warrior for Eagle.

In addition he was the artist on Victor Drago in Tornado and Hellman of Hammer Force in Action (and then Battle-Action). Future Ball was drawn in the final years of Roy of the Rovers.

He had numerous strips in Diana, Mandy, Judy, Sparky and Debbie as well as Sandra the She-Devil in Heavy Metal.

Later, Mike went into storyboarding for TV and Film.

In recent years, Rebellion have reprinted many of Mike’s Hellman stories and commissioned new work.  His combat comic art work can be enjoyed in Rebellion’s recently launched – Battle Action Special where Hellman v Glory Rider is one of the great stories written by Garth Ennis.

Mike continues to work on new and interesting projects.